Celebrating the Father of The Life Table

Understanding life expectancy is critical when helping people plan for retirement. This is not a new concept and in fact 2020 marks the 400th anniversary of the birth of the person who laid the foundations for studying life expectancy— the father of the life table, John Graunt.

Born in London in 1620, at a time when Shakespeare was putting on plays in the Globe Theatre, and the city was congested and unsanitary, Graunt began analysing the Bills of Mortality that were published weekly and recorded births, baptisms and burials along with the cause of death. 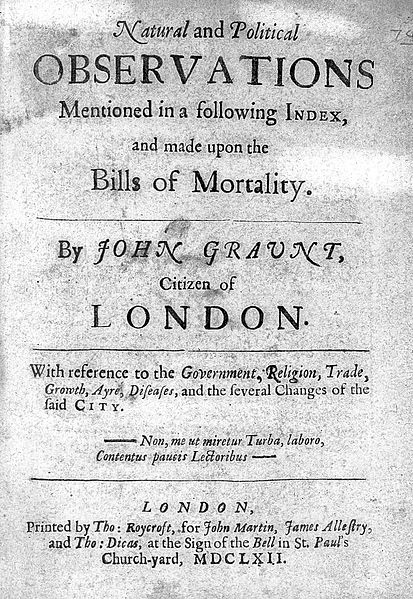 Figure 1: Title page of the first edition of Graunt’s’ Observations on the Bills of Mortality (1662)

Graunt observed that mortality varied by age and created the first life table that showed a virtual population of one hundred people and tabulated how many would be alive at specific ages. By analysing these Bills of Mortality, Graunt was able to make estimates about the size of the population of London and England, birth rates and mortality rates of males and females, and the rise and spread of certain diseases.

His study ‘Natural and Political Observations on the Bills of Mortality’ was published in 1662 which represented the beginnings of the disciplines of demography and epidemiology. The book was immediately popular and went through five editions (two in the first year alone). Translations and reprints appeared throughout the eighteenth century.

The influence of John Graunt’s observations

António Francisco called Graunt’s publication “…the first and most influential book ever written in demography.”

His was the first to apply a mathematical method of proportional estimates to the interpretation of a large number of social data. The influence of his work can be seen in the fields of statistics, demographics, and actuarial science.

Before Graunt, human events like births and deaths were not something to be studied or predicted but were instead within the strict province of divine plans for humanity. Graunt showed that there were predictable patterns of longevity and death in a defined group, or cohort, of people, despite the uncertainty about the future longevity or mortality of any one individual. This became the basis for the original life table.

You can see a copy of the third edition of Natural and Political Observations on the Bills of Mortality here, and a text version of the fifth edition here.