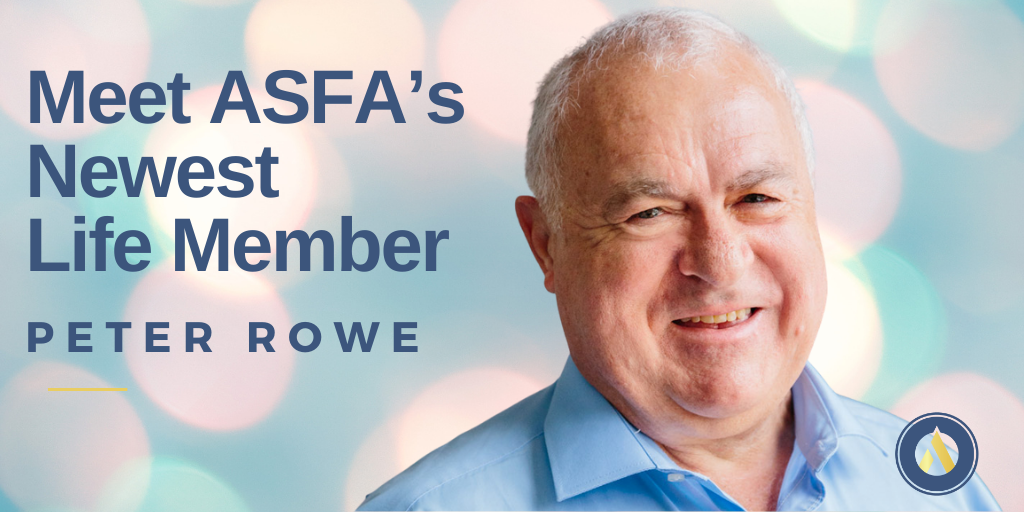 Australia’s peak superannuation body, the Association of Superannuation Funds of Australia (ASFA), has awarded its coveted Life Membership to our own Peter Rowe, in recognition of over 40 years contribution to the industry.

Anyone who knows Peter knows that his dedication to the superannuation industry is right up there alongside his devotion to his family and his passion for baseball! He is undoubtedly a committed individual, who has earned the respect of his colleagues and today counts many of them amongst his closest friends.

Peter began working in the superannuation industry in 1976 at the SA Government superannuation office, later serving on their Trustee Board, before moving to become the first employee in a superannuation scheme for all the local government authorities in South Australia in 1988.

In 1991, Peter farewelled Adelaide and made the move to Melbourne to take up a position at UniSuper, to continue his lifelong career in the industry. From UniSuper he moved to the Local Authority Super Board, now known as Vision Super, where he worked for over two decades responsible mainly for administration, insurance and technology also managing aspects of the fund that drifted in and out of his portfolio. A highlight of his time with Vision Super was overseeing the development and implementation of a new administration platform with an eye to the future—including having 80% of contributions processed electronically well before the introduction of SuperStream.

Over the years, most of the funds that Peter worked for had defined benefit components and the ability for members to take their superannuation benefits as income streams. This gave Peter an appreciation of the value of lifetime income streams so when David Orford asked Peter to join Optimum Pensions he saw this as a wonderful opportunity to make a real difference to the retirement of his fellow Australians, and the perfect way to culminate all his years of experience.

I am extremely proud to receive ASFA Life Membership. I have been a long-term supporter of ASFA and actively try to contribute to improve the industry. It is great to be recognised. 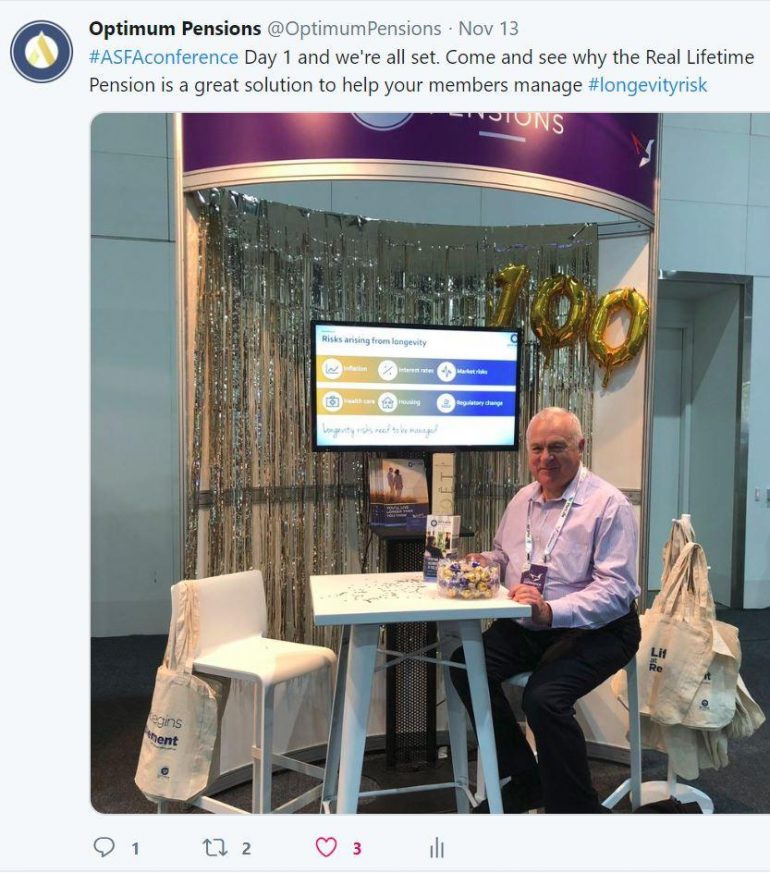 Peter recalls attending his very first ASFA Luncheon in Adelaide in the early 80s, and not being one to sit back, before too long he was a member of the South Australian ASFA executive and, not long after moving the Melbourne, was elected to the Victorian executive which he served for 14 years, including five as the Chair.

Other ASFA contributions include three years on the Conference Committee and helping establish and then chair various discussion groups.

Apart from his family, especially his four grandchildren, one of Peter’s main interests outside of superannuation has been his passion and involvement in baseball. As well as playing, he has also coached senior and junior baseball and t-ball when his children played and is looking forward to getting back to coaching the next generation of Rowe baseballers at his granddaughters’ school once the coronavirus restrictions are lifted.

More still to do

Peter saw first-hand the benefit of retirees receiving a regular payment from their superannuation funds that was guaranteed for life—something that has stayed with him throughout his time in the industry.

From my history with pension funds, I understand the real value of lifetime income streams. What we’ve developed at Optimum Pensions is flexible and gives certainty that you’re going to get an income for life. That is what you need.

Now, in his role as General Manager of Optimum Pensions, Peter is focused on helping deliver this benefit to all Australians.

Congratulations on your achievements.