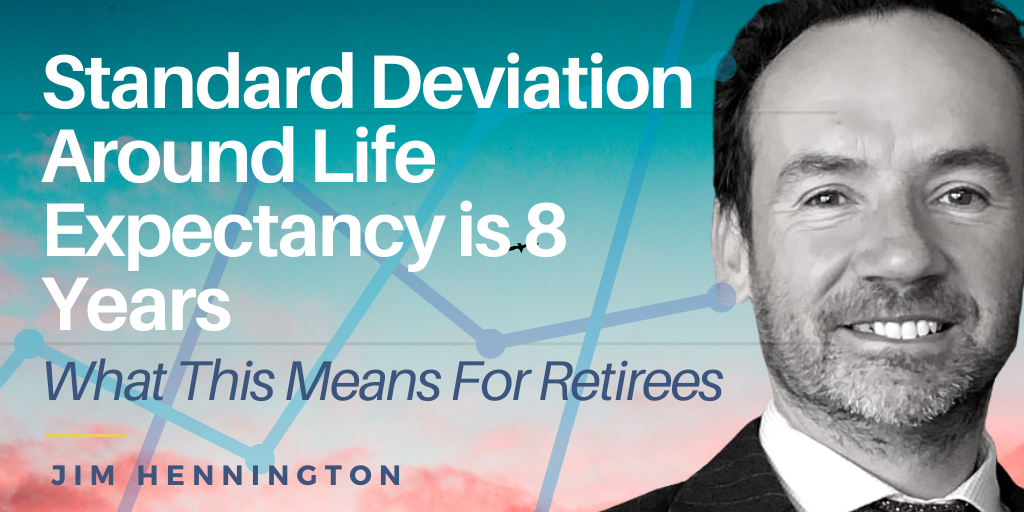 Life expectancy is a statistical calculation which estimates the average number of years individuals in a certain group will live.

However, people seem to interpret it as an expert opinion that tells them exactly how long they can expect to live. This interpretation is dangerous and belies the wide range of lifespans for individuals within any group in practice.

In statistics, the average, or mean, is a single number that gives us one piece of information about the values of all the numbers in a set. If we only look at the average then we aren’t considering what will happen to all the other individuals in that group.

Measuring the range of results, not just the average

So, what is the standard deviation around life expectancy?

The chart below shows the distribution of projected lifespans for Australia’s current population of 65-year-old females using mortality rates published by the Australian Government Actuary and including the published factors to allow for expected improvements in mortality[i]. The average life expectancy for this group is 89 years and the standard deviation is 8.2 years. 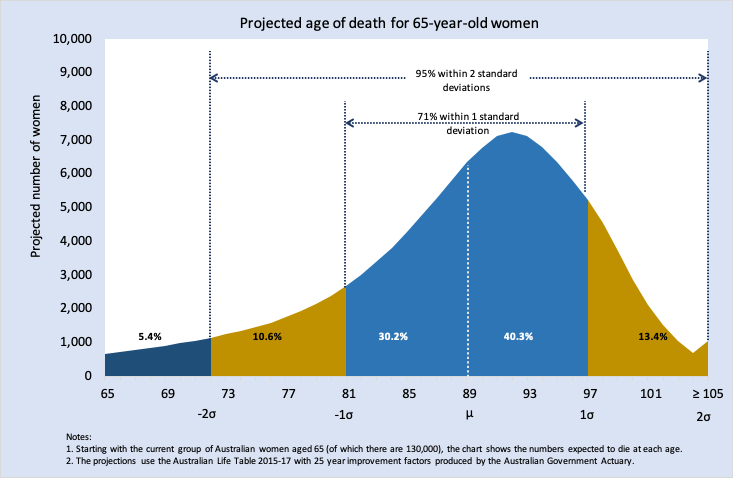 As shown in the chart above, 71% of these women are projected to have a lifespan within 8 years of the mean when they die. That is, between the ages of 81 years and 97 years.

We get a much greater understanding of the longevity risk every Australian faces when we take into account the standard deviation when looking at life expectancy.

People (and their financial planners!) must not focus on life expectancy in isolation but rather consider the range for how long the person might live.

For a person to have a high level of confidence about how long they expect to live in retirement, they need to know the higher end of their likely range along with the likelihood that they will be someone who lives to that age.

Using the Australian Life Tables as above, a woman that is 65 years old today has a 22% probability of living past age 95!