How FaceApp, the latest viral social media phenomenon, might be able to boost retirement savings!

By now, no doubt you have seen the latest social media fad with people all around the world using FaceApp technology to get a glimpse at their future selves. 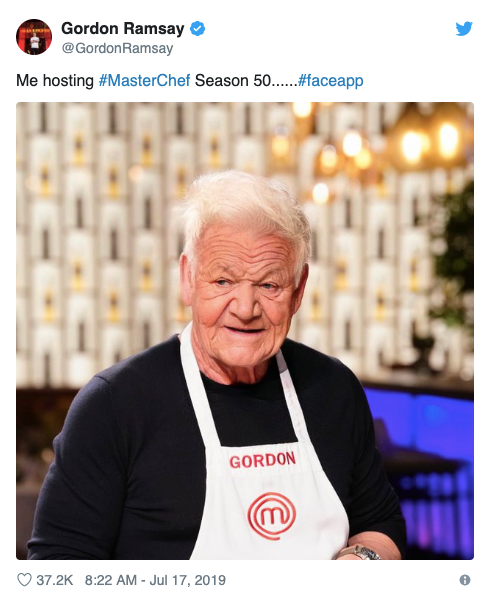 Currently the top-ranked app on the iOS App Store, celebrity chef Gordon Ramsay and a host of other famous identities are counted amongst the app’s 13 million users worldwide posting their photos with #faceapp hashtag.

FaceApp uses AI to generate highly realistic transformations of faces in photographs. Whilst much has been written about the privacy and security issues related to the app’s use[i], the general appeal and global curiosity to discover our future selves makes an interesting case to consider when reflecting on aging.

It is well documented that a major hurdle to retirement savings is that we don’t care enough about our future [ii]. Perhaps the answer is getting those people to meet their future self.

Superannuation funds are constantly appealing to members to take an interest in their potential retirement balances, engage and take actions to focus on increasing their balance. If a simple app has been able to engage millions of people globally, it is the question of how we can apply similar techniques to help people prepare for retirement, that is of interest to me.

Researchers at the Stanford Center on Longevity have explored how linking your current self with your future self affects behaviour. They concluded that if you could picture yourself in a few decades time (your 70s, 80s and 90s), then you are more likely to take steps to ensure that you’ll be financially secure in retirement. [iii]

In 2012, wealth management company Merrill Lynch created the Merrill Edge Face Retirement tool which allowed consumers to input their age and gender and upload a photo via webcam. Merrill Edge users could then view images of what they will look like at various ages in the future, alongside forecasted costs of living at that time, and learn about options to begin saving today. 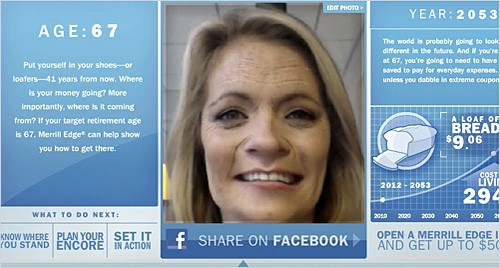 The tool is no longer available but more recently there have discussion in the wealth management industry about using  advances in virtual reality technology to help consumers experience distant futures today. One can imagine a time in the not too distant future, when as well as providing a chart showing a member their superannuation balance at retirement and projected retirement income, superannuation funds will use virtual reality and artificial intelligence to show the member what their life could actually look like, and how it could be improved if need be by increasing contributions, for example.

Another benefit of confronting our future selves might be tackling ageism. At the recent National Policy Forum on Challenging Ageism run by the Council of the Ageing Australia, Caroline Baum Australian journalist and radio and television broadcaster, pointed out “…prejudice is often directed at the other but ageism is fear of OUR future self.”

If there is anything positive about this viral trend, let it be society waking up to this fear. Acknowledging ageism and the challenges our senior community face and treat this novel introduction to our future self as a wake up call to take action, make change and prepare for the future with adequate retirement.

[iii] Increasing saving behaviour through age-processed renderings of the future self, Journal of marketing research, November 2011