The Household, Income and Labour Dynamics in Australia (HILDA) Survey is a household-based panel study that collects valuable information about economic and personal well-being, labour market dynamics and family life. It aims to tell the stories of the same group of Australians over the course of their lives.

The 14th annual statistical report of the HILDA Survey was released last month and includes some interesting results related to retirement income of Australians. As expected, the proportion of people aged 65 and over obtaining more than half of household income from welfare is over 50% across the entire 2001 to 2017 period. 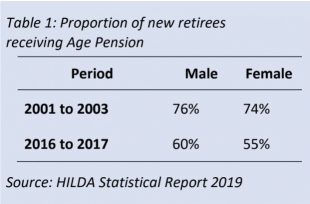 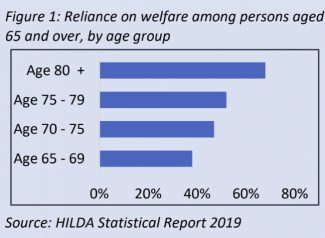 That’s great for the new retirees but retirement is lasting longer as longevity continues to increase. As expected, reliance on welfare tends to increase with age (see Figure 1).