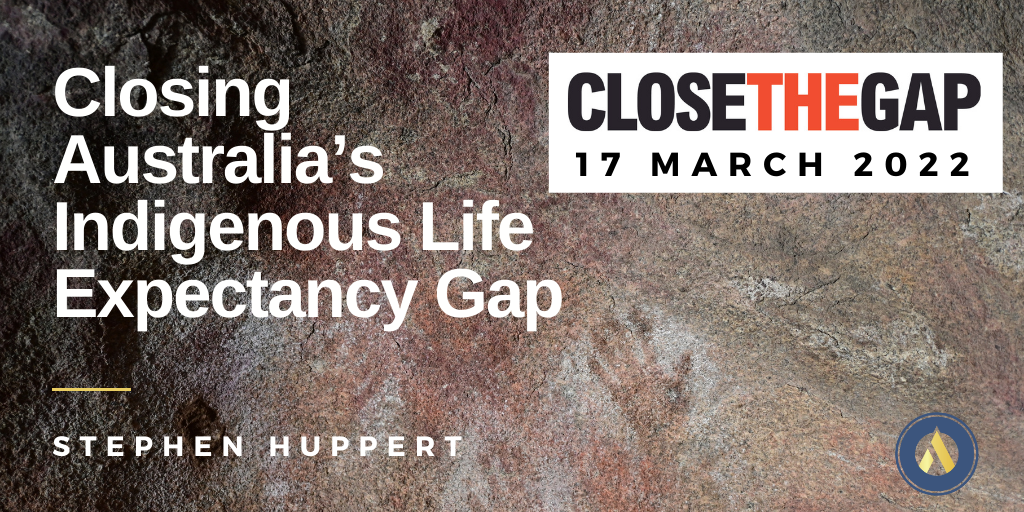 National Close the Gap Day advocates for health equity of Australia’s indigenous people and educates the public about the health issues and barriers to well-being they face.

Launched in 2008 by the Council of Australian Governments (COAG), the initiative targets closing the gap on child mortality, childhood education, life expectancy, and health by 2030. It also acknowledges the ongoing strength and resilience of Aboriginal and Torres Strait Islander people in sustaining the world’s oldest living cultures.

In our ongoing mission to help all Australians manage longevity risk, we would like to draw your attention to Australia’s Indigenous life expectancy gap in working towards these 2030 goals.

So how big is the gap? 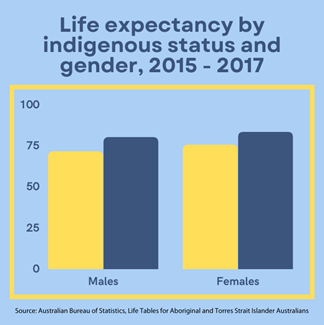 The gap is even greater when we look at remoteness and socioeconomic level categories.

The life expectancy at birth for those living in remote and very remote areas is only 65.9 years for males and 69.6 years for females.

The equivalent values for those judged to be most disadvantaged by the ABS using the Index of Relative Socioeconomic Disadvantage are 68.2 for males and 72.8 for females.

While there has been a slight improvement in life expectancy since the previous census, the ABS suggests that this is consistent with the changing composition of the Aboriginal and Torres Strait Islander population between the two censuses.

Are we on track?

The official status listed by The Productivity Commission of closing the gap in life expectancy within a generation by 2030 is: the target is not on track to be met.

Indigenous Australians face serious barriers to accessible and affordable healthcare. We need to create meaningful change so all Australians can have equitable access to health resources and jobs, food, and healthy water and air.

What can you do?

Educate yourself about unequal health outcomes and learn about communities at risk and how you can help. Of course, you can also support efforts to Close the Gap by donating to an organisation that works to provide healthcare for indigenous Australian communities.

Optimum Pensions has made a donation to the Close the Gap Campaign in honour of this cause.

You can join over 213,000 other Australians and sign up here to make a pledge and be a part of the movement: https://antar.org.au/closethegappledge

Start now. To learn about National Close the Gap Day: