What’s Age Got to Do with It? 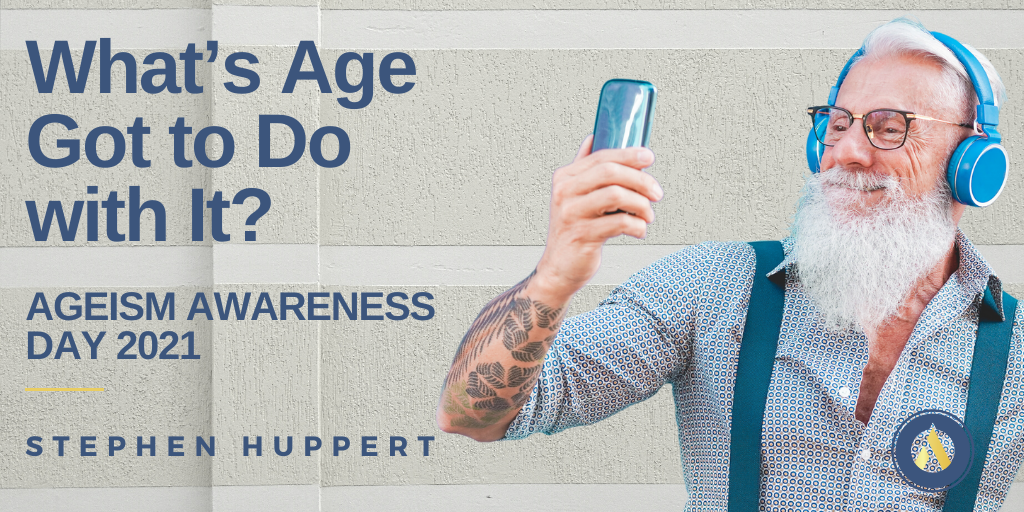 In the words of Age Discrimination Commissioner, Dr Kay Patterson “Age is not the problem. Ageism is.”

The number of older persons worldwide is projected to grow to more than 1.5 billion by 2050. A growing aged population living longer due to advances in healthcare and technology, and coping not only with increasing age-related disease, disability, dementia, and dysfunction – but unfortunately also ageism.

Ageism is age discrimination. Unfair treatment because of someone’s age, or indirect discrimination including the way older people are represented in the media. Experiencing ageism, can impact confidence, job prospects, financial situation and quality of life, and recent reports found ageism remains the most accepted form of prejudice in Australia. A prejudice that must be tackled head on.

Each year, the United Nations International Day of Older Persons is celebrated on the first day of October.

This year, 1 October has also been declared Australia’s first Ageism Awareness Day by EveryAGE Counts, an advocacy campaign aimed at tackling ageism. It is an opportunity to draw attention to the existence and impacts of ageism in Australia, which is a critical step to changing community attitudes.

In this more enlightened time, how can ageism still exist?

In May this year, Jonathan Rivett asked this exact question in an Op-Ed in the Nine Media newspapers. In answering the question, he discovered how complex, widespread and potentially damaging the phenomenon of ageism is in Australia.

The September 2021 Australian Human Rights Commission (AHRC) report What’s age got to do with it? A snapshot of ageism across the Australian lifespan  identifies stereotypes, attitudes and beliefs about age that prevail in Australia, and found that ageism remains ‘the most accepted form of prejudice in Australia’.

The problem of stereotyping

Noni Hazlehurst, hosting an episode on old age as part of the SBS documentary series What Does Australia Really Think About …. also investigated what Australians really think about old age. Through emotional, personal stories, confronting social experiments, covert filming, and an in-depth nationwide survey, the show concluded that 51 per cent of people agree that age-based discrimination is common in Australia. Specifically that  ‘the stereotyping of older people is damaging’.

An aging population makes retirement security a critical issue. The impact of age stereotypes on retirement choices as many Australians extend their working lives is an important one our industry can consider. Age perceptions, forced retirement, pension eligibility and regulation have conditioned people to be managed, or manage themselves, out of their working life and make critical decisions about retirement.

These ever-changing policies concerning older working Australians – ranging from both negative to positive ageism – are being used by business, government, the public, and the media to support whatever justification is required, with little thought to the repercussions on older Australians. This needs to stop now.

Bias is never easy to combat, especially when it is unconscious. Any solution must start with awareness and acknowledgement.

To coincide with Ageism Awareness Day, EveryAGE Counts has released a guide that provides practical tips to respond to ageism when you encounter it in different settings.

Language is powerful and we need to use words carefully. Let’s put a stop to ageist language. Be aware of how you and those around you refer to older people. Are you perpetuating the stereotypes? The Australian Government Style Manual states that you should refer to age only if it is necessary and, if relevant, use respectful language.

“Every Australian must do what they can to challenge ageist attitudes in themselves and others, so together we can reduce ageism for Australians of all ages. Age is not the problem. Ageism is.”

Where can I learn more?

Education is important and there are lots of resources available including those mentioned in this article:

Awareness and acknowledgement is the starting point, but real change is needed to move forward.